Ankle arthroplasty is considered, to this day, the “best standard” for the treatment of ankle arthritis

Ankle arthroplasty is the replacement of a joint with an implant that reproduces the same movement and that is as close as possible to its physiology.

The treatment for arthritis and some types of ankle deformities may require the use of this technique.

Searching for information on the internet regarding the prosthesis implantation, one can come across various opinions about this surgery. This erratic school of thought is rooted in time because of the old prostheses, used more than 15 years ago.

Today, however, with particular reference to the ankle, the prosthesis is a reliable and effective solution. This evolution is due primarily to a concept and a consequent European design: mobile-bearing.

Several implants over the years have been developed according to this principle, which provides three fundamental components involving: 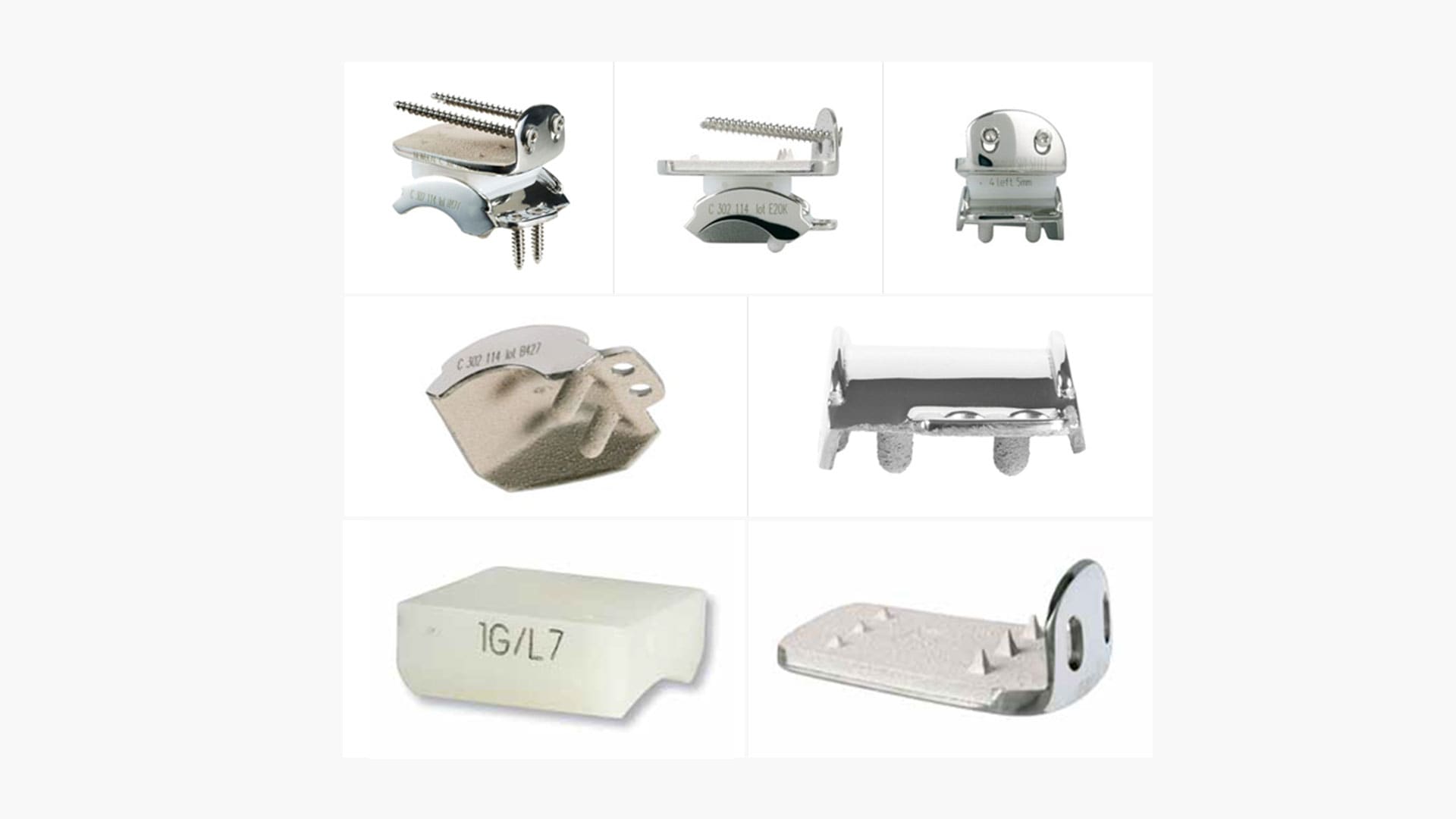 In the image you can see the components of the mobile bearing ankle prosthesis (from top to bottom):

It is interesting to ask oneself how this type of prosthetic design has been reached.
TopNext

The Evolution of Ankle Prosthesis 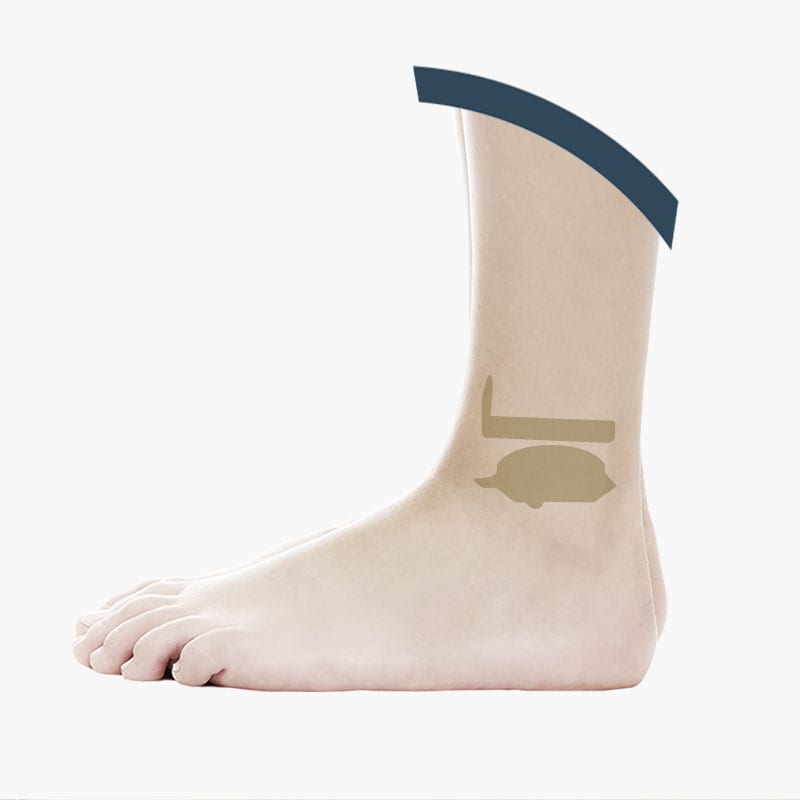 The first generation ankle prostheses, in fact, derived from a partial revision of geometry and tribology (i.e. the study of friction, lubrication, and the wearing of materials) of hip prostheses of the time, and are still the cause of extreme distrust that modern ankle prostheses have had to overcome.

The main problem turned out to be the mobilization of the components at half term, linked to an incomplete understanding of the ankle anatomy in the drawings of the time.

European research found an answer to this problem in the late 90s with the idea of mobile-bearing. To achieve this result, it was fundamental to work on “constraint” and “congruency”, i.e. joint constraint and congruence: two antithetical principles to be balanced.

To put it simply, a prosthetic implant must find a balance between the need to replicate the anatomy of a physiological ankle (congruency) and the need to achieve stability by constraint.

The European solution of a prosthesis with a movable insert has reduced its bulkiness, allowing bone tissue to be saved and to use a “press-fit” fixation to the skeleton, i.e. without the need for cementation.

Last, but not least, the result obtained thanks to this innovation is the longer duration of the implant.

Three fundamental characteristics make a mobile-bearing prosthesis reliable and efficient, and they are all present in the Hintegra® implant I use:

These are the 3 reasons why I have used the Hintegra® prosthesis extensively in the past, including intervening on ankles affected by large deformities, without having to sacrifice my patients’ movements.

Movement is a very important factor because, compared to patients with hip or knee arthritis, those affected by ankle arthritis can be much younger and, therefore, have greater mobility needs in their daily living.

Moreover, as we said, these new generation prostheses, reducing stress and degenerative stimuli on other joints near the ankle, allow us to preserve the patient’s mobility as opposed to what happens using arthrodesis (fusion).
TopNext

Who is Ankle Replacement Not Recommended for?

The main factors that can prevent you to opt for the prosthesis, and consequently push you towards the choice of ankle arthrodesis, are:

Finally, given the reduced cases compared to other joints (hip and knee), it is very important in the case of the ankle, to underline the importance of contacting a specialized reference center in order to be able to count on surgeons who are at the end of their learning curve.
TopNext

Ankle Replacement: The Importance of the Surgery Learning Curve

What is a learning curve in surgery?

It is the path that each surgeon must complete before mastering, to the point of reliably performing it, a certain surgical procedure.

Specifically, a professional who completed his learning path only after having assisted and performed about 30 prosthetic implants of the same type; to maintain this level he will have to perform at least 10 a year.

In the past I have deepened and devoted much attention to the theme of the learning curve, I even presented a preliminary study at the American National Congress (AOFAS, Chicago 2014), as well as an online seminar held on Footinnovate (American portal of foot surgery) and at the Italian National Congress (SIOT, Rome 2014).

The importance of this subject finally allowed us to publish our numbers in a study conducted over the past 2 years and published in 2017 in the European Foot and Ankle Surgery magazine entitled “Identifying the learning curve for a total replacement using a mobile bearing prosthesis”.

In this study we do not only analyze the learning curve of a surgeon, but we identify what we think the numerical cut-off is: that is, after how many cases of ankle replacement can a surgeon be said to be fully developed.

We have analyzed several variables, which conclude to 30 cases. That is the moment when the surgeon is at the end of his learning curve and can be designated as a tutor for other surgeons.
TopNext

Mobile-Bearing. What has our Scientific Activity Brought That’s New? 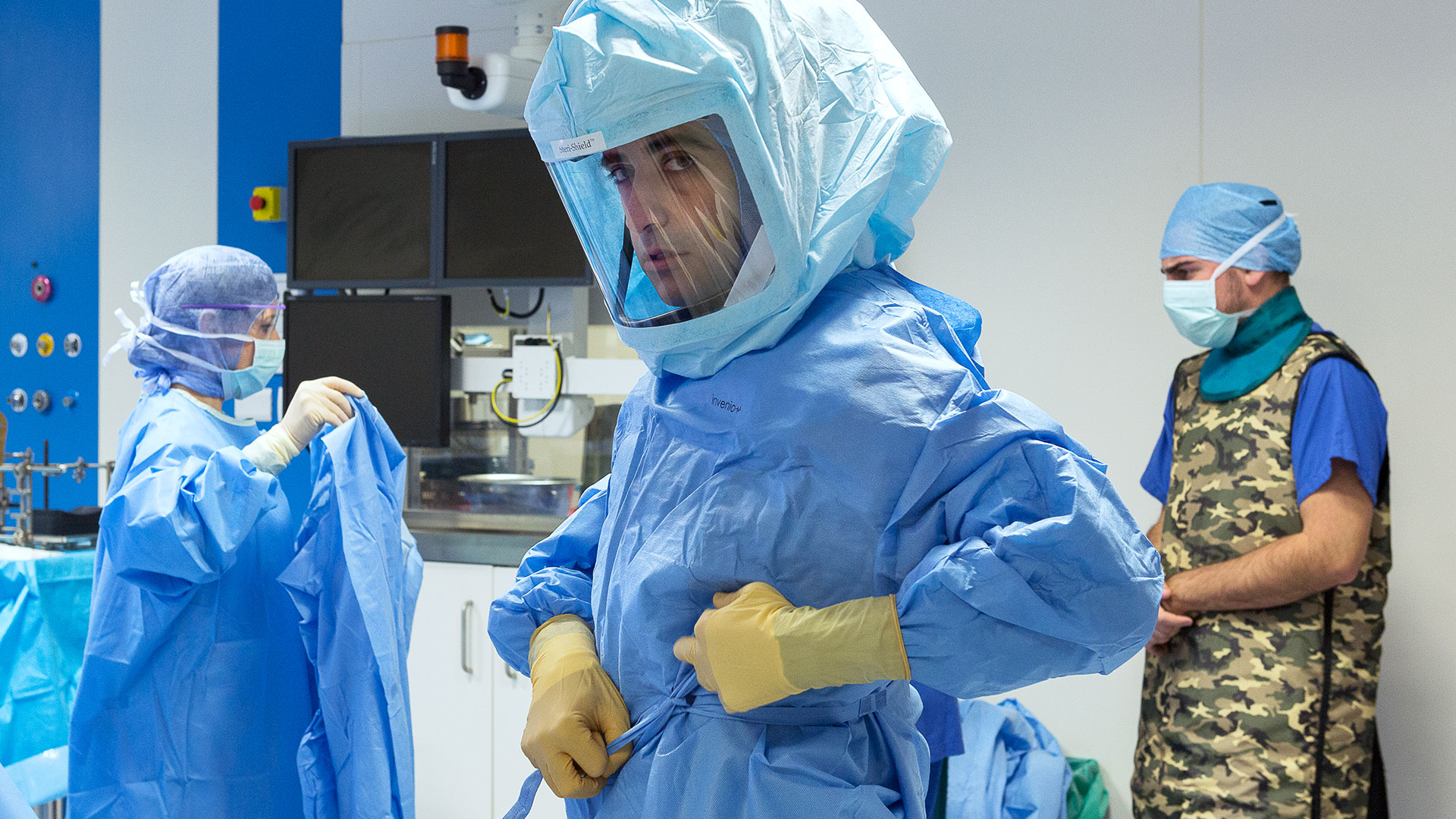 Ankle replacement has historically been proposed for the treatment of cases of ankle arthritis, where there was no associated deformity.

Obviously, since ankle arthritis is of a post-traumatic nature, it is frequently associated with important skeletal deformities.

Our research and study of this joint has led us to consider the applicability of the prosthesis in association with additional surgical measures, such as subtalar arthrodesis.

One of our studies, published in a prestigious American magazine, Foot and Ankle International, demonstrated the reproducibility of ankle replacement and subtalar arthrodesis in the same surgery, scientifically confirming the validity of the choice of the prosthesis implant also for patients affected by back of the foot deformity.

Our research then focused on the recovery times of the patient subjected to a mobile-bearing ankle prosthesis, focusing on full satisfaction being achieved by the patient within the year of the surgery.

We have explained this path, through the observation of a particular adaptation movement of the prosthesis, known as talus “posterior-shifting”.

In one of our studies we have, in fact, demonstrated the presence of a compensatory mechanism in the prosthetic ankle with mobile-bearing that manifests itself during the first 6 months.

This mechanism is related to the function of the posterior musculature of the leg, in particular the triceps and flexors, justifying the slightly longer recovery times of the mobile-bearing prosthesis compared to the fix-bearing.

Obviously, in the field of prosthetic surgery the speed of recovery is not the only important parameter.

On the contrary, the long-term survival of the implant is the supreme goal, and this compensation mechanism plays an important role for the mobile-bearing prosthesis.

Today, my first choice in the prosthetic area is the fix-bearing resurfacing but, in select cases, the mobile bearing ankle prosthesis is, undoubtedly, still a choice that I take into consideration and of which our activity, and that of authors previous to we, has demonstrated its effectiveness. 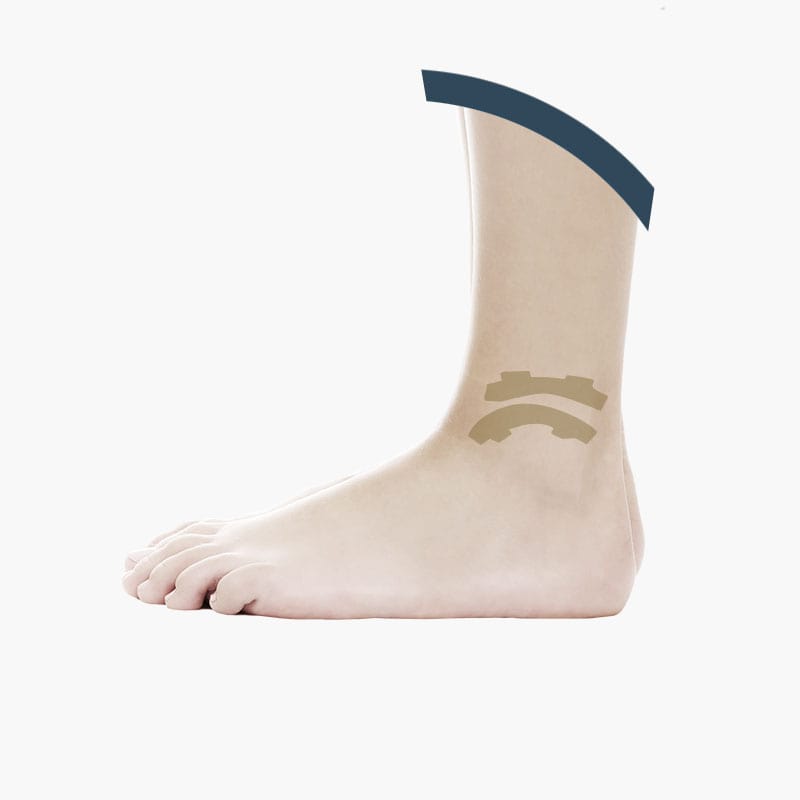 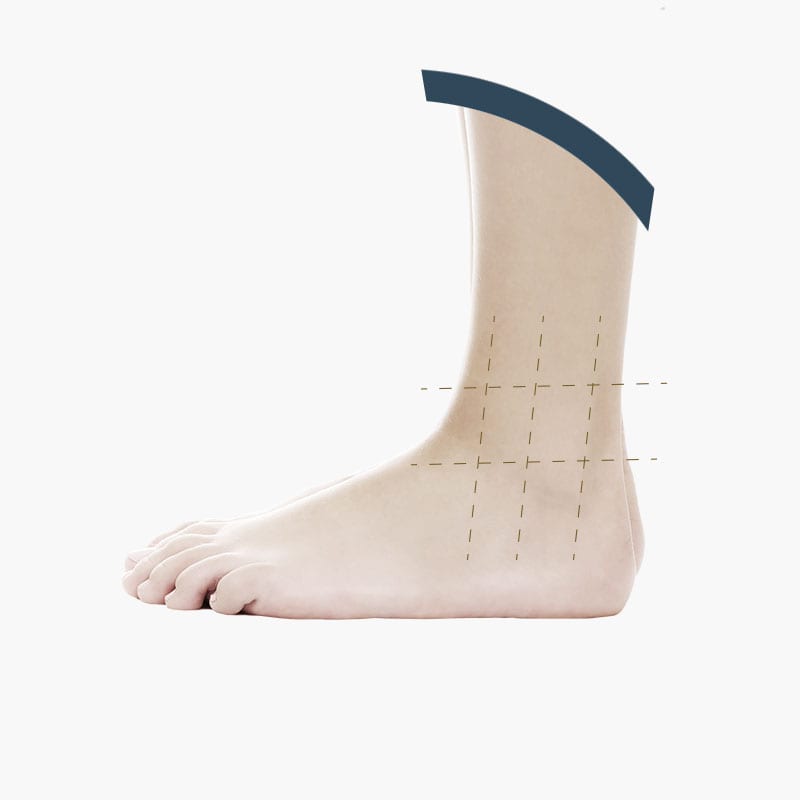 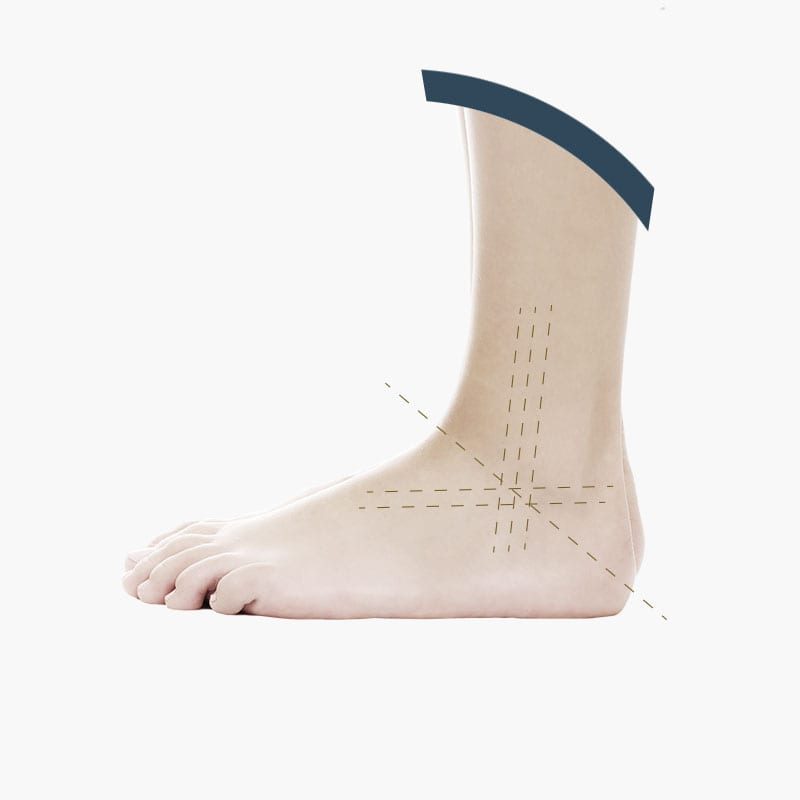 from Arthrodesis to Prosthesis